Call Us
Email Us

Paragon Space were awarded the contract through GAP Group to provide a new Supported Housing Office for Glasgow City Council at the Rodney Street Homeless Shelter.

The building had to be operational by 24th September 2018 with the contract award being made early July.  Although the building is only being used for 2 years until new sheltered accommodation is provided it had to be fully compliant with Scottish Building Regulations and come complete with a Building Warrant.  The building was fitted with CCTV, Fire & Intruder Alarms and Door Access controls internally and externally, which also had to be linked to the existing shelter, due to the vulnerability of the people using the building there were no removable items and all extract systems were PIR controlled.  As well as Offices the building also has an Activity Room and a Sitting Room fitted with a TV for the shelter users as well as a treatment room.  For added security the building was also fitted with Electrically Operated Roller Shutters to the Doors & Windows.  Standard UPVC Windows were fitted along with Aluminium PC Pocket doors controlled internally by the reception staff. Despite the tight timescale Paragon Space managed to deliver the building and complete in time for the required date. 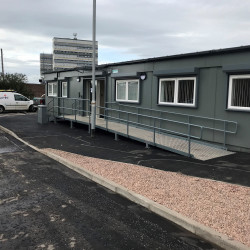 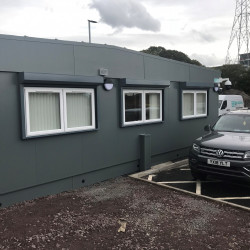 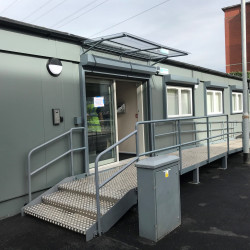 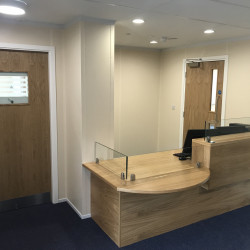 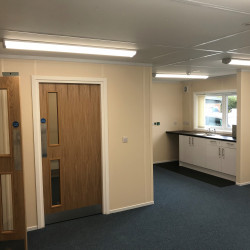